MADIA aims at realizing a versatile and cheap diagnostic device based on magnetoresistive sensors, microfluidic device, ultra–small Magnetic Nanoparticles (MNPs) and advanced bio-chemical functionalization methods for the early and ultrasensitive in vitro detection of biomarkers trustfully associated with 2 incurable neurodegenerative diseases: Alzheimer’s Disease (AD) and Parkinson Disease (PD). We plan to achieve sensitivities at least three orders of magnitude higher than
best state-of-the-art values flexibility to operate for a wide range of concentrations.
WHY: Neurodegenerative diseases (ND) are debilitating and largely untreatable conditions that are strongly linked with age.
Amongst these disorders, the dementias are responsible for the greatest burden of disease, with Alzheimer’s disease and related disorders affecting some 7 million people in Europe. The current costs of the order of €130 billion per annum to care
for people with dementia across Europe highlight age-related neurodegenerative disease as one of the largest medical and societal challenges faced by our society. PD is the second most common neurodegenerative disorder worldwide after AD.
WHAT: The operation principle behind the proposed tool embodies a Magnetic Sensor Assay approach and consists of recognizing the targeted core and downstream biomarkers obtained from body fluids (such as cerebrospinal fluid – CSF and blood) through their complexation with nano-magnetic labels (MNPs) followed by a highly sensitive magnetic detection at micro-scales. The specific recognition of the protein by the magnetic nanoparticles will be achieved and ensured via protein bonding to functionalizing groups grafted on the surface of the MNP. The complexes MNP-BM will be injected into microfluidics channels flowing in the close vicinity of magnetic sensors, bringing thus the MNP-BM to distances where the magnetic field of the MNP will trigger a quantitatively detectable sensor response. 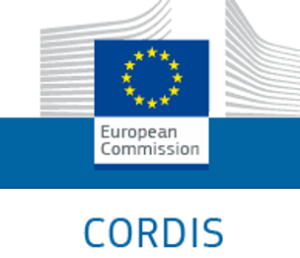